By mtx.corporateJuly 27, 2015Healthcare
No Comments

On 10th July 2015 Associate Directors, Steven Hartley and Dave Peacock attended the annual ‘Celebrating Construction Awards’ dinner held the ICC, Birmingham where they collected the award on behalf of MTX.

The evening was Co-hosted by Acivico Limited, the Built Environment Hub and the Chartered Institute of Building’s (CIOB) West Midlands. The high profile event incorporated Acivico’s ‘Built In Quality Awards’ and the Built Environment Hub’s ‘Constructing Excellence Awards’ and was attended by some 600 leaders and innovators from across the construction industry sector.

The Walsall Manor Hospital build was handed over to the trust and received its first patients on 11th January 2015. Since then MTX has received very positive feedback from both the trust and its end users. Full details of this project can be seen here. 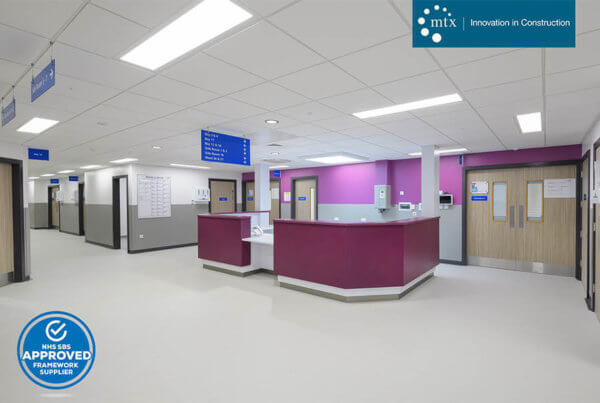